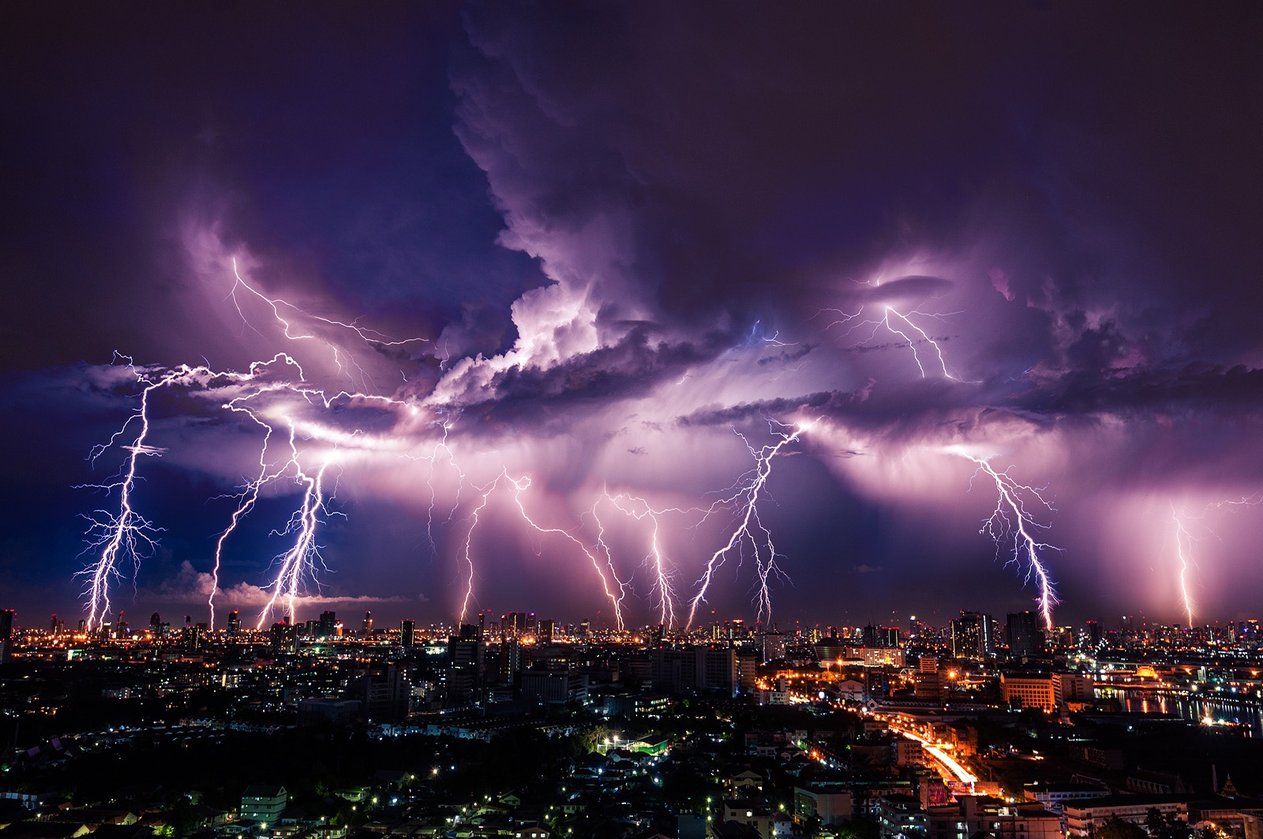 With all of this in mind it is important to know how to prevent and protect your home against the unfortunate event of a lightning strike. The first way to protect your home from lightning is by using a home lightning protection system such as lightning rods, main conductors, and surge protectors. All three provide a low resistance path to safely ground lightning’s dangerous electricity and thus preventing a potential structural fire. With respect to fire damage it is also important to make sure your house is equipped with fire and smoke detectors. If not only for potential lightning caused fires, it is important to have such equipment to keep your family and home safe.

Another way to protect your home against lightning strikes is to simply unplug all electronics and appliances in your home. One should do this in order to prevent power surge damage, which is a result of the lightning charge using your home’s electrical wiring system as its primary or secondary path. It is also important to mention that one should try to avoid being on landline phone during and electrical storm. It has been documented that a lightning strike can travel down the lines into the phone and then into the head of the person using the phone. It is also best to stay clear of sinks, running water and open windows during electrical storms.

The final step is to check your homeowners and rental insurance coverage to see if you are protected against damage covered by lightning. It should go without saying that not all insurance plans have the same coverage so it is important to check your plan to see if your home and electronics are covered by damage caused by lightning. Not only can this act of nature affect your physical security but it can also affect your financial security by causing significant financial damage if your home is hit. Instead of thinking “What are the chances?” it might just be safer and financially responsible to take the preemptive measures stated above.